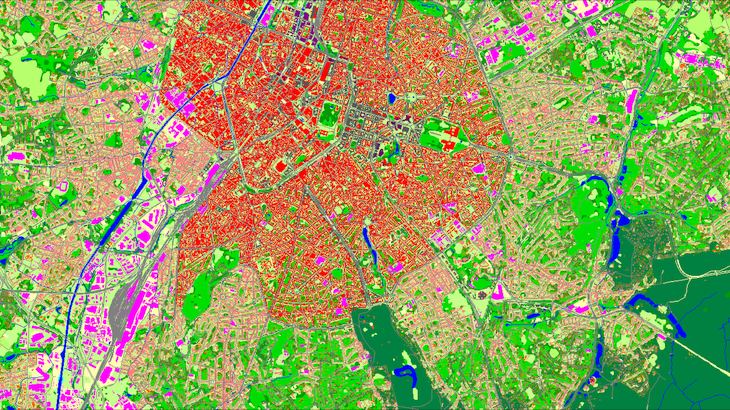 We continue to cooperate with telecom companies that operate in Europe, producing 2D and 3D mapping products to completely cover it with high-quality geodata.

One of our recent project – 2D Regional model of Belgium produced with 10m resolution – involves:

Preview of data layers you can look over below.

Belgium has relatively moderate topography which can be seen by the DTM example.

That is why the population of the country is distributed evenly, except for Brussel and several large cities of Belgium.

The Population map includes population density per each cell of the raster grid.

Sample of Land Use, 10m resolution

The Geodata produced within this project can be applied not only for mobile networks planning but for needs of roads networks developing, urban planning, etc.

The PopMap data can be widely used for various social and economic projects, e.g. for geomarketing, targeting applied for e-commerce, etc.